It was a big weekend for the Space Coast Bass Finatics on Lake Okeechobee this year! With a long time standing record of one day total weight being broken by one team and plenty of fish being caught by the remaining eighteen teams there was no question the fish were biting. Just ask the team of Roger and Aaron Marek who successfully joined the dirty thirty club or the team of Jay Stein and Rob Branagh who made a huge move on the final day to finish just shy of the top three.

First place went to the team of Roger Marek and Aaron Marek with a stunning two day total of 45.29 pounds including their entry into the dirty thirty club by weighing in at 31.83 pounds on day two alone. Great job fella's!

Second place went to the team of Jack Berry and Adam Brands with a solid two day total weighing 30.30 pounds. They reported that all their fish came from one patch of eel grass no bigger than a football field. 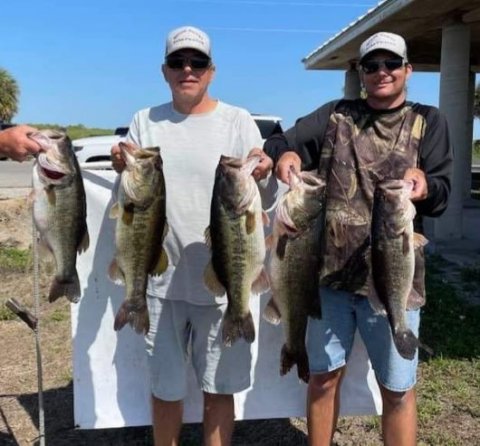 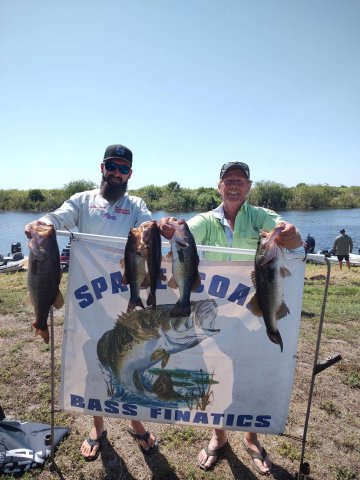 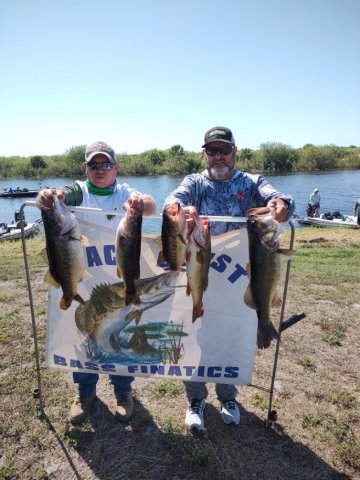